Ackroyd’s Venice: Pure City is part of the canon 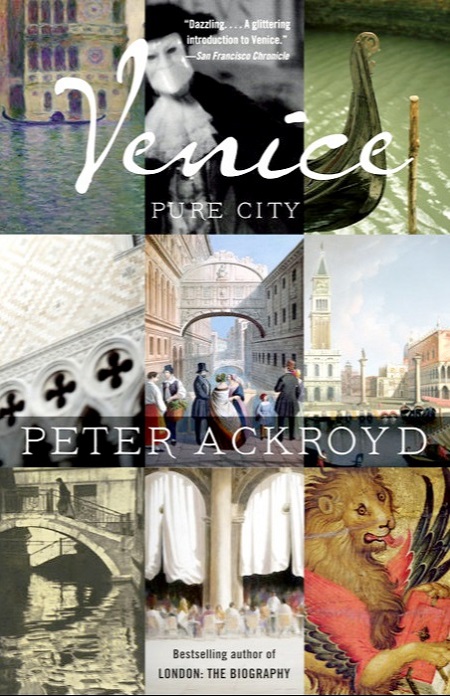 Ackroyd’s Venice: Pure City is part of the canon

It’s to his credit that Peter Ackroyd, the prolific and magisterial biographer of cities, chiefly London, finds fresh things to say about a place that has been as over-described as Venice. Ackroyd’s novelty is one of perspective rather than fact and in this he is greatly helped by his narrative voice which is nothing short of rapturous. In his story-filled Venice: Pure City, he conjurs up – in loose, thematic chapters – above all the atmosphere of its many canals, bridges, churches and sunlit squares.

A veteran biographer, Ackroyd chooses a perspective that ventures way beyond all known facts of history. He allows the reader to peer into the heart and soul and get under the skin of Venice in a way that is both informative and stimulating. He’s exceptional at describing the events in the city’s pedigree as adventures that no other place has experienced in quite the same way. And he also puts his finger on the defining moments that molded it into the wholly unique city it came to be.

Ackroyd’s main theory that the geography and political circumstances of Venice – surrounded by water and set between the West and the East – have been decisive in the development of its particular culture and form of government aren’t new. But the way he relates the story of Venetians as an island people linked to the sea rather than the land does a good job of explaining how Venice’s trading relationships in the eastern Mediterranean would forge its intercultural identity.

Where Ackroyd excels is in his descriptions of Venice as a city of ambivalences. He sees it as a hybrid of land and water, Europe and the Orient, and Catholicism and Orthodoxy. It’s a city of doubles, reflections, mirrors, masks and duplicity. It’s a city that co-exists as an urban landscape above water and a reflection of itself in the same water. It’s a place where public affairs of government were shrouded in secrecy but where private lives, like that of Casanova, were openly talked about.

Where Ackroyd gets it wrong, however, is when he insists that Venice is a dead relic of its former glory. What he clearly misses are the complexities of Venice as a modern city which one can relive as a 21st-century experience. He also astounds when he claims that Venetian art is static and its portraits, in particular, show no trace of their subjects’ inner lives. Lorenzo Lotto or the Bellini brothers would prove otherwise. Despite these few shortcomings, his book is part of the canon.