Amsterdam: Venice of the North 2.0 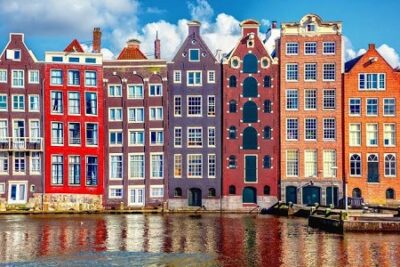 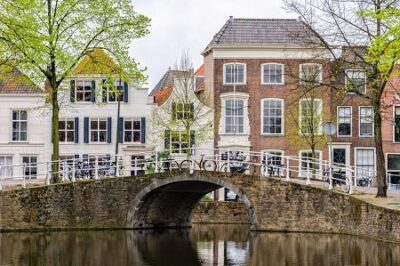 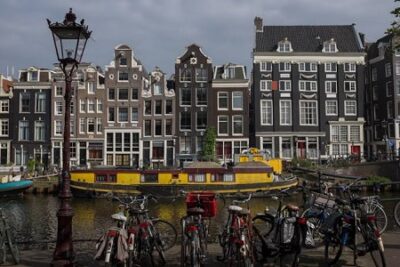 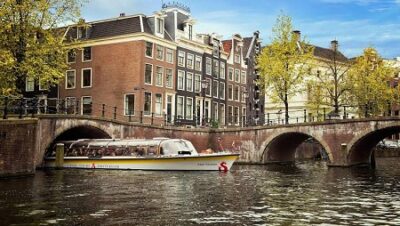 Amsterdam: Venice of the North 2.0

Amsterdam, the Netherlands’ historic capital, has to its name about one hundred kilometres of canals linking some 90 islands with the help of approximately 1 500 bridges. As such, this amphibious northern European city is a prime contender for a Venice of the North. Seen from above, the city plan resembles a spider’s web wherein a series of smaller waterways crosses the three main semicircles – Herengracht, Prinsengracht and Keizersgracht. Walking through this round patchwork divided neatly by the three concentric belts feels – with a pretty bridge at every turn – almost like island-hopping.

Founded around the 12th century as a fishing and trading village, Amsterdam has used artificial waterways since the 14th century. The elaborate canal system along with the narrow houses with gabled façades that border each of the canals is the legacy of the city’s 17th-century Golden Age when the main canals were dug as three concentric routes around the historic city centre. Draining of Amsterdam’s swampland was the largest extension of a city of its time and a reflection of the important role Amsterdam played in world trade during this time. It’s also a great example of town planning in action.

Like in Venice itself where the city’s growth was chiefly financed by international trade, Amsterdam’s urban expansion was made possible through the city’s role as a key maritime port in the Dutch colonial enterprise. And like in Venice where the location of its finest palaces along the Grand Canal went hand in hand with their dual function as merchants’ warehouses and places of residence, Amsterdam’s main semicircular canals ensured direct naval access to the heart of the city where many of the grandest canal-facing homes were built by merchant families when the city was at its most prosperous.

Like Venice which in its early days as a lagoon settlement was composed exclusively of wooden buildings, in Amsterdam the original wooden structures were gradually razed in the 16th century and replaced with brick ones. Like in Venice where this transition resulted in the Venetian Gothic, in Amsterdam the brick buildings were constructed in the architectural style of Dutch Baroque which flourished in the Netherlands and its colonies during the Golden Age. Very different from the Venetian Baroque, Dutch Baroque buildings followed distinct characteristics: large windows, arched roofs and clean façades.

Like in Venice where despite a high proliferation of churches the vast majority of buildings are palatial merchant homes, in Amsterdam the bulk of the city’s narrow canal houses were designed to fulfil the needs of the tradesmen. Unlike in the rest of Europe were the church and the nobility held a virtual monopoly over art and architecture, in Venice and in Amsterdam international trade extended prosperity to the whole population. In practice, this meant that the patrons who could afford prime residential property were not limited to the nobility or the clergy but included members of the merchant class.

Like in Venice where merchants’ palaces were built on constricted sites as tall, rectangular boxes with decoration concentrated on the front façade, in Amsterdam the architecture of its tall and narrow merchants’ mansions is marked by sobriety and restraint. Like architecture in the Republic of Venice, the architecture of the first republic in Northern Europe was meant to reflect democratic values by quoting extensively from classical antiquity. In Amsterdam, the Dutch Baroque is has more to do with Palladianism than the Baroque found elsewhere in Europe; a truly Venetian-influenced architectural style.