Ca’ d’Oro: A museum with a view 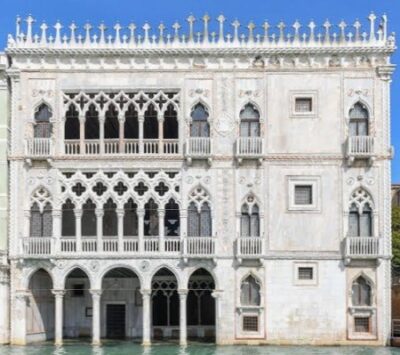 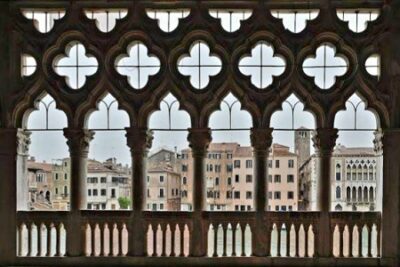 Ca’ d’Oro: A museum with a view

One of the postcard sights of Venice, Ca’ d’Oro is the city’s quintessential Gothic palace. A masterpiece of Bartolomeo Bon, this imposing Grand Canal edifice was once embellished with gold leaf, hence the name. Its gilt-covered façade has long faded and is now pink and white, but Ca’ d’Oro remains the best example of Venetian Gothic after the Doge’s Palace. Its unique aesthetic combines Venice’s Gothic, Byzantine and Moorish heritage to reflect a cosmopolitan mercantile empire.

The palace, also known as Palazzo Santa Sofia, occupies the site of an earlier fondaco house whose Byzantine arches it incorporates into its entry porch. Its original owners, the patrician Contarini family, distinguished themselves during Venice’s defeat of Genoa in 1380. Marino Contarini had read about Nero’s golden house in Rome, the Domus Aurea, and wished to imitate it. As architect, Bon found himself under considerable pressure to reflect the wish and the family’s standing in his design.

Bon’s asymmetrical marble façade uses the Gothic formula from the Doge’s Palace. It features rows of closely spaced columns that support ogee arches with tracery and quatrefoil openings above. Views of Venice framed by these arches are unsurpassed! Then there are the Moorish-inspired crenellations on the roofline. The extravagance of the canal façade stands in contrast to the austerity of the rest of Ca’ d’Oro. The inner courtyard is without the iconic marble sheathing.

Ca’ d’Oro is billed as one of the best preserved palaces in Venice. What you see today, however, is more the result of restoration than preservation following what could be described as cultural vandalism. After lying abandoned for half a century, the palace was acquired in mid-1800s by a Russian prince who gifted it to a ballerina. She presided over disastrous renovations, during which Ca’ d’Oro’s Gothic courtyard staircase was demolished and Bon’s ornamental wellhead was sold off!

Fortunately, in the late 19th century the palace was acquired by Baron Franchetti who reversed most of what the previous owner had vandalised. He also set the palace up as a private museum which he bequeathed to Venice. In addition to the Franchetti collection, which includes works by Andrea Mantegna, Paris Bordone and Francesco Guardi, it now also houses fragments of frescoes by Giorgione and Titian that had once decorated the Grand Canal façade of Fondaco dei Tedeschi.