Casanova: Much more than the archetypal Latin lover 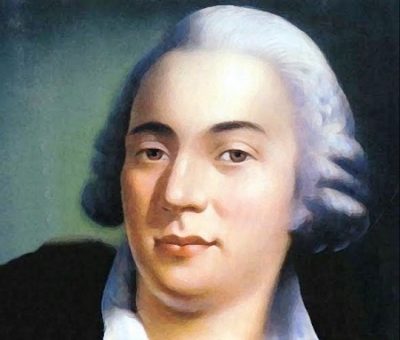 Casanova: Much more than the archetypal Latin lover

Giacomo Casanova, the legendary Venetian seducer, was much more than the historical model of the Latin lover. He was also an adventurer, traveller, musician, theologian and entrepreneur, but also a rogue, spy, conman, gambler, adulterer, blasphemer, prisoner and exile. Above all, he was a talented writer whose memoir proved to be a great deal more than elegantly composed smut. His autobiography is now regarded as one of the most authentic chronicles of the norms of social life in Europe during the 18th century.

Casanova was born in Venice which in the 1700s was an undisputed pleasure capital of Europe. Its political and religious elites were rigid on paper but in reality went out of their way to tolerate social vices. They encouraged tourism, for which the city’s carnival, gambling houses and prostitutes were major drawing cards. With such a reputation, Venice was a desirable stop on the Grand Tour, frequented by young European men coming of age. This is the place Casanova was born into and came to symbolise.

Casanova’s social skills allowed him to infiltrate both the highest and the lowest strata of society. He could talk his way into and out of any situation. Take his brush with the Inquisition which landed him in the infamous Piombi prison on charges of blasphemy and possession of dubious literature. Not only did Casanova become the first person to escape from the Piombi but in order to be accepted back into Venice from his subsequent exile, he cut a deal with the same Inquisitors who put him there to spy for them.

On another front, Casanova’s name has in time become a byword for a man with sexual prowess. But the jury is still out on whether the famous Venetian was a consensual adulterer or a downright sex offender. Casanova claimed to have bedded 124 women – not a lot, perhaps, by the current yardstick of some celebrity memoirs, but enough to qualify for libertine status as long as he didn’t marry – and he never did. It’s a true that Casanova always fancied himself in love but the reader of his memoir must often wonder…

After a lifetime of action, Casanova spent his “retirement” in the library of the Castle of Dux in what is now the Czech Republic. There he proved himself to be a world-class author. His memoir, Story of My Life, is refined in some places and tacky in others. Some critics have alleged that many of Casanova’s reminiscences are apocryphal. That may be true but it doesn’t detract from the fact that he lived quite a life, in the course of which he became one of the most astute chroniclers of 18th-century Europe.