Fall of Venice: Unnecessary or inevitable? 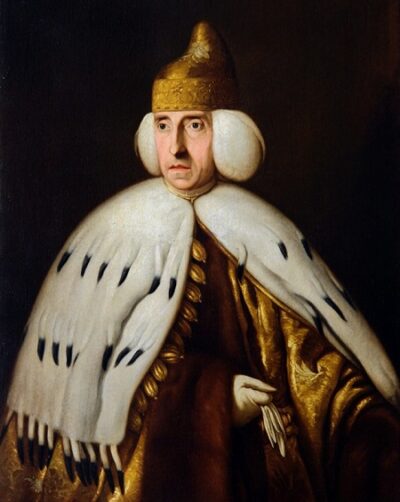 Fall of Venice: Unnecessary or inevitable?

They say history shouldn’t be put on trial but if it were, for collapsing the Republic of Venice in May 1797 after a glorious 1100 years, Napoleon would be charged with breach of international law, looting of assets and decades of distress for the once prosperous city-state that followed. In his defense, one could say that Napoleon only freed Venice from the grasp of aristocrats who had already brought the republic to ruin during a steady decline of the preceding two centuries.

In the spring of 1796, Napoleon invaded Italy with an army of 40 000 soldiers. His aim was to tie down the Austrians in northern Italy in order to facilitate the main French offensive against Austria along the Rhine. His descent into Italy had been so swift and his legend had loomed so large that the ruling oligarchy in Venice looked upon him with as much confusion as fear. Wary that it couldn’t sustain any kind of conflict, Venice had proclaimed itself neutral during the Napoleonic Wars.

When Napoleon’s covert support for Jacobin revolutionaries within Venice didn’t lead to revolution because the pro-Venetian sentiment remained high, he threatened to declare war if Venice wouldn’t democratise. Facing the foreign invasion, Ludovico Manin, the last Doge of Venice, abdicated in favour of a transitional government and formally abolished the Republic of Venice. The subjugated Venice was eventually handed over to Austria in exchange for Habsburg territories in the Netherlands.

The loss of sovereignty was absolute. Napoleon’s army staged a parade in Piazza San Marco – the first time foreign troops had set foot in the city. The Lion of Venice, which sat atop one of two granite columns next to the Doge’s Palace, was taken to France as were countless art treasures, mainly from the monasteries that were suppressed due to French, Jacobin-inspired anti-clericalism. Venice’s colonies in the Adriatic and the Mediterranean were also lost forever.

Napoleon believed that modernity could be imposed. Venice was no evil empire: it was an oligarchy but one with ancient democratic institutions. It had its own laws and needed none of Napoleon’s reforms, except for the closure of the Jewish Ghetto. The Fall of Venice may have been forced by a foreign power but it was the culmination of a long decline, during which Venice failed to adapt to the rise of more powerful nations or the discovery of new trade routes beyond the Mediterranean.