In Venice, an epidemic is an old (plague doctor’s) hat 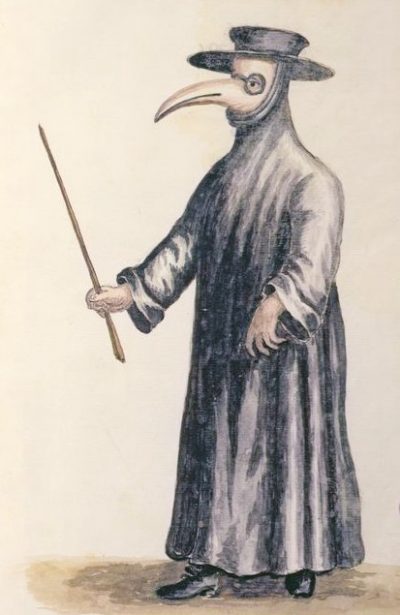 In Venice, an epidemic is an old (plague doctor’s) hat

To visitors of Venice and Venetians alike, the draconian measures taken against the current outbreak of Covid-19 should ring a bell or two. As a global trade centre, medieval and Renaissance Venice was vulnerable to periodic outbreaks of bubonic plague and the city was always at the cutting edge of innovation in its response to each epidemic. Then as now, mandatory quarantine, fumigation and social distancing were the norm.

During the two centuries between the Black Death of the 1340s and the Great Plague of the early 1630s, there were 16 documented plagues in the city with a population of 160,000 at its peak. The plague that broke out in 1630 saw more than 50,000 succumbing to it, marginally more than the 46,000 who died in the outbreak of 1575. The 1510 outbreak notably took the life of 32-year-old Giorgione, one of Venice’s most celebrated painters.

The city’s overwhelmed physicians and health officials had understandably no notion of viruses or bacteria, but they knew enough about the recurring plague to implement some of the world’s first anti-contagion measures. Venice’s health office, part of the city’s Provveditori alla Sanità, was established around 1490 in San Marco. This office was responsible for instituting and overseeing measures against subsequent contagions.

The office was well-known for its crisis management. Venice’s civic leaders were also methodical decision-makers, disciplined about enforcing rules but also flexible enough to try alternatives. Venice likewise established the first recorded quarantine (derived from the Italian for “40”, as in 40 days of isolation) hospital in 1432 and created clothing for plague doctors, including their beaked masks, filled with vinegar – an early respirator.

The first line of defense against the plague was to prevent its spread. In Venice, this would entail boarding up the windows and doors of homes of the infected, preventing the contagion but also ensuring a certain death for those behind the cross-marked doors. Merchant ships coming into Venice would be held in quarantine before disembarking. Their goods would be fumigated before they were brought into the city’s storehouses.

In Venice, the legacy of contagious disease is alive – with or without reminders of Covid-19. The past outbreaks of plague have produced the city’s seven “plague-churches”, which include Longhena’s La Salute or Palladio’s Il Redentore, built in gratitude for divine deliverance from the plague. Every year since 1576, the two churches are linked via a pontoon bridge for the Festa del Redentore, an exuberant thanksgiving procession.