Othello: A mirror of 16th-century Venice, warts and all 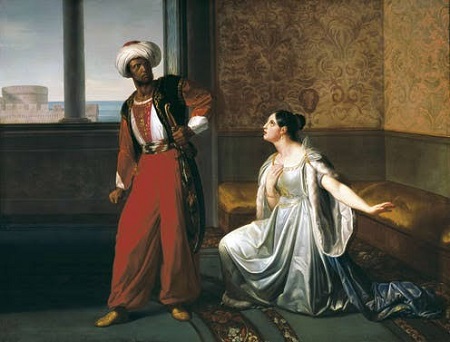 Othello: A mirror of 16th-century Venice, warts and all

Like The Merchant of Venice – William Shakespeare’s multicultural comedy, Othello – his interracial tragedy – is set in Venice. In it, the playwright works his way from a relationship between the Moorish general Othello and the Venetian lady Desdemona that begins with love and ends in death. The play also explores a religious clash between Christian Venetians and Muslim Ottomans and how this informed the value system in Venice itself and Cyprus – its colonial periphery.

The conflict between Venice and the Ottomans had raged on and off since the mid-15th century. By the time Othello was written in the early 1600s, four Venetian-Ottoman wars had already been fought. The most recent of these – the War of Cyprus – took place between 1570 and 1571, when the Ottomans took Cyprus from the Venetians but were subsequently defeated by the Holy League in the Battle of Lepanto. Shakespeare situated the events of Othello in the midst of this war.

Shakespeare’s choice to set Othello during the Battle of Lepanto is rather significant. The Holy League’s victory has helped to restore Christian control of the region and in leading the charge against the Ottoman fleet, the ex-Muslim Othello cements his allegiance to Christian Europe. However, Othello’s part in the victory also triggers his rival Iago’s jealousy over Desdemona. The play’s domestic drama mirrors the ongoing geopolitical tensions between the Venetians and the Ottomans.

The drama is amplified by the play’s transition from Venice where the plot begins to Cyprus where it culminates. In Venice of his time – and it should be remembered that Shakespeare’s Venetians reflect the mores of the contemporary English society – Othello is both a hero and an outsider. On the one hand, his identity as a Moor commands Venetians’ respect for his military prowess but on the other, his marriage to a Venetian lady, that is one of them, is a breach of social protocol.

The play’s transition from Venice to Cyprus also reflects a shift in values. While Venice is an over-civilised society infamous for its social ills, Cyprus is a fortified outpost on the edge of Christian territory, which is simultaneously the legendary island of love and a crude bastion of male power. It’s where Desdemona, alone and isolated from her Venetian support system, is vulnerable to a skilled manipulator like Iago. It’s also where Othello’s war invades his own home and ends in tragedy.