Palladio and the genius of Venice 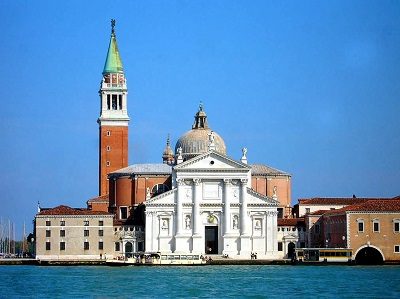 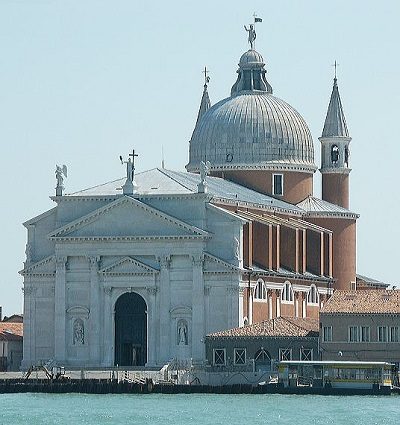 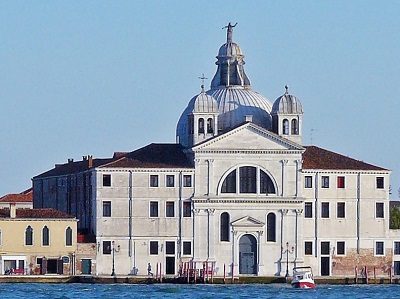 Palladio and the genius of Venice

The seafaring republic borrowed freely from cultures far and wide but ultimately created a city that was unique. Such is the genius of Venice. One of its star architects, Andrea Palladio, did the same: he reinterpreted the classical architecture of ancient Rome and applied it to all manner of contemporary buildings. In doing so, he transformed pure geometry into gracious buildings in well considered settings. Ultimately, he created a practical, perfectly proportioned and unpretentious form of design that is instantly recognisable and that combines functionality with beauty in a way that is both modern and timeless.

In Venice, Palladio’s clean lines, elegant proportions and classicising porticos are found on several churches, three of which stand outside of the city’s core but, for this very reason, can be viewed against an uncluttered background of Giudecca and San Giorgio Maggiore. Unlike Venice’s other, generally over-elaborate buildings, Palladio’s churches of Redentore, Zitelle and San Giorgio Maggiore are rich in ideas rather than decoration. Informed by mathematical logic, they all have harmonious proportions and bright illumination, in a each case combining the edifice of a classical Roman temple, as envisioned by Vitruvius, with the sanctity of a Christian church.

One of the most iconic buildings in Venice, the Basilica of San Giorgio Maggiore sits on the eponymous island, overlooking the lagoon and providing a magnificent entrance to the city. Completed after Palladio’s death, the church was a striking piece of architecture for its day. Its white marble façade sports two overlapping pediments which gleam above the blue waters of the lagoon opposite the Piazzetta and form the focal point of the view from every part of the Riva degli Schiavoni. This design is similar to Palladio’s earlier façade for San Francesco della Vigna, where the other parts of the church had been designed by Sansovino.

Situated on the Giudecca waterfront, the monumental Franciscan church of the Redeemer, Il Redentore, was built in thanksgiving for the deliverance of Venice from a devastating plague of 1575-1577. Its façade is made up of Palladio’s signature two overlapping pediments, subject to his rigorous application of geometric proportions. Not far away, also on the Giudecca island, is the Zitelle church, completed after Palladio’s death. It is part of a complex that offered shelter to young women without dowries and, structurally, follows a typical Palladian formula – it is well proportioned and brightly lit by natural light from a high dome.

Paradoxically, Palladio’s stunning churches that established his reputation were not his first choice of commission. The architect arrived in Venice in the mid-1550s from the Terraferma where he had gained distinction with his palazzi and patrician villas in and around Vicenza. Confident of establishing a successful new practice, Palladio faltered. His Venetian career never matched his expectations and failing to achieve the position of state architect or to earn the kinds of commissions to which he was accustomed, he found himself working in a category new to his practice: ecclesiastical architecture.

Palladio has had a profound influence on many later architects, so much so that the term “Palladian architecture” was invented for a style of architecture derived from and inspired by his proto-modern designs. Palladio’s interpretation of the classical Roman architecture continued to be used in Europe and beyond up until the 19th and early 20th centuries and frequently employed in the design of public buildings. Today the term “Palladian” is often misused and tends to describe buildings with any classical pretensions rather than structures that conform strictly to Palladio’s architectural principles.