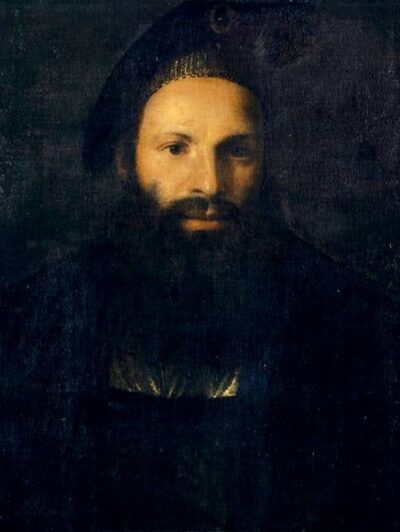 If ever a man and a city were suited to each other, it was Pietro Aretino and Venice. Known for his licentiousness and bold impudence as much as his brilliant wit, Aretino may have been all talk and no action compared to Giacomo Casanova but quite some talk it was! His Lascivious Sonnets caused great scandal at the time as did his manual about a perfect prostitute, but Aretino remains best known for his plays, satirical verses and, just as importantly, as an arbiter of Renaissance taste.

Born in Arezzo, Aretino made his name in Rome. After various escapades, including backing the loser in a papal election, an attempt on his life and the authorship of filthy sonnets to accompany a series of indecent paintings titled The Modes of Intercourse, Aretino wound up in Venice in 1527. Venice was known throughout Europe for its tolerant atmosphere and its anti-papal politics and Aretino prospered in this setting. It was to be his home for the last thirty years of his life.

Aretino was always controversial but through his charm and persuasiveness he managed to attract prominent friends and patrons throughout his life. In Venice he befriended Titian and Jacopo Sansovino and, together, they formed a famous triumvirate that established the tastes and fashions in the city. In Venice he also kept a large townhouse that overlooked the Rialto Bridge on the Grand Canal where he maintained a court of admirers. And great many came here to pay him homage.

A versatile writer, Aretino wrote about art, food, sex, politics, war, friendship or tarot cards. His poetry and prose were vigorous, written in the spirit of sprezzatura – the art of studied carelessness that brings Renaissance Venice to life in an extraordinary way. His plays and satires made him wealthy as did his custom of sending “blackmail” to nobles and princes. These figures often paid Aretino off with large donations rather than allow him to publish works that mocked them.

Legend has it that Aretino died in a bizarre way: while listening to an obscene story, he laughed so hard that he fell backwards and cracked his head. He was buried in the church of St Luca with an epitaph: “Here lies Aretino, Tuscan poet, who everyone spoke poorly about, except Christ, who apologised saying: ‘I do not know him!'” The plaque has since disappeared but that hasn’t stopped the pilgrims – free thinkers and libertines – from looking for some trace of Aretino inside the church.