Ruskin on Venice is a mixed bag 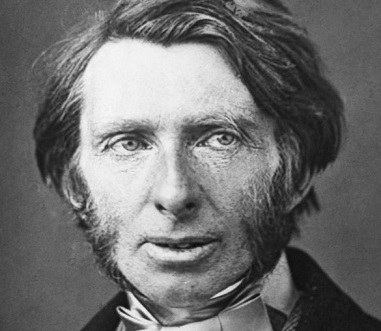 Ruskin on Venice is a mixed bag

For anyone in love with Venice, an encounter with John Ruskin, Victorian art critic and social thinker, is inevitable. His seminal work, The Stones of Venice (1851-1853), traces the history of the city’s art and architecture while emphasising their interconnectedness with nature and society. In doing so, Ruskin challenges many of the accepted norms held true by his contemporaries. His arguments also acknowledge Venice’s neglect and fragility and anticipate the future interest in environmentalism, conservation and sustainability.

Before Ruskin, for example, the Middle Ages were seen as a barbaric interlude before civilisation returned with the Renaissance. In that vein, Veneto-Byzantine and Gothic architecture, mosaic and painting were deemed inferior and Grand Tourists were taught that painting began with Titian and architecture with Palladio. Similarly, crumbling antiquities required thorough restoration and reconstruction of the kind championed by Viollet-le-Duc’s restorations of French medieval landmarks that sometimes involved non-historical additions.

Ruskin sees Venice as a city in decline since the early 15th century due to a combination of political, philosophical, and sociological factors. He views it as a mirage, a disappearing shadow of its former self and he seeks to “trace the lines of this image before it is lost forever”. He emphasises the fragility of Venice and as one of the first modern conservationists he actually instituted a campaign to protect the city’s fabric from ‘improving’ restoration and reconstruction. Ruskin’s polemics propose new ways of looking at challenges and urge social action in response.

The truth, however, is that Ruskin comes with lots of baggage – and this is an understatement! At heart, he is a quintessential Victorian, a prude and a busybody. His meandering prose is annoyingly pompous, dogmatic, condescending and judgmental. One often feels that he merely states his personal aesthetic preferences and shows his bias while propping all of this up with fake moral outrage and pretentious calls to action. His dismissive tone ultimately undermines much of his argument, including those parts that are perfectly plausible.

As an eclectic Victorian, Ruskin has also attracted a disproportionate amount of personal controversy. For one, his six-year marriage to Effie Gray, annulled for non-consummation, still provokes speculation. (One theory is that the prudish Ruskin was repulsed by the sight of Effie’s pubic hair.) Ruskin’s later relationship with Rose la Touche has led to claims that he was a paedophile on the grounds that he fell in love with her at the age of nine. When, much later, she turned down his marriage proposals, he went mad. This is what anyone in love with Venice is up against when dealing with John Ruskin…