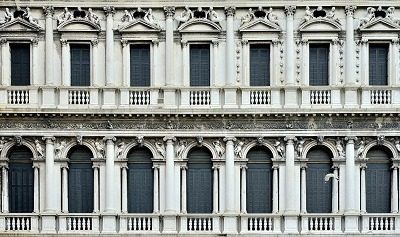 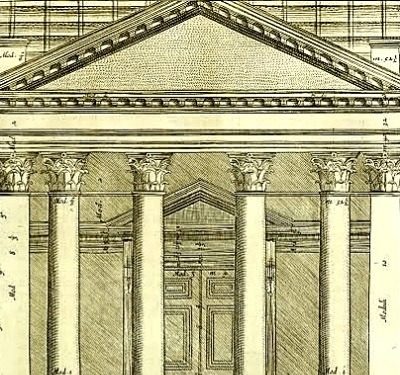 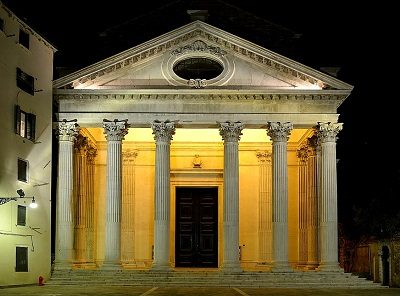 Venetian architect and theorist Vincenzo Scamozzi bridges the era between Palladio, whose unfinished projects he inherited, and Longhena, his only pupil and architect, who in turn completed his teacher’s unfinished work. The classicising influence of Palladio is clear in the palaces, villas and churches that Scamozzi designed throughout the Republic of Venice. Scamozzi’s greatest ambition was to write a treatise which would go back over and surpass all preceding theoretical works on architecture, from Vitruvius to Palladio. This he largely accomplished in his L’idea dell’architettura universale, the last major work of the Renaissance on the theory of architecture.

Scamozzi’s seminal treatise is composed of a dozen books that cover all the issues inherent in designing based on scientific principles. He intended to put forward a systematic reflection on architecture as a discipline by assembling all the historical sources relative to it. Of great interest are his references to forms in nature. The height of perfection, he argued in a nod to the humanists of the Renaissance, can be derived from the proportions within the human body. Such treatises were becoming a vehicle for self-promotion and Scamozzi seemed to be aware of the publicity his book would bring to a practising architect. For this reason, he included many of his own plans.

One of these projects materialised as the Procuratie Nuove on the south side of the Piazza San Marco and facing Sansovino’s Procuratie Vecchie. Scamozzi took up the challenge in a strictly classical style. Built around a series of courtyards, this is a reinterpretation of an ancient style of construction. The organisation of space is quite sophisticated, with each apartment divided into two areas (one facing the square itself and the other facing the canal), separated by square-shaped courtyards but connected by loggias with the staircases. The architecture of the courtyards is some of the best by Scamozzi. The project was completed by Longhena after Scamozzi’s death.

Scamozzi’s main ecclesiastical project in Venice is the Tolentini – a large church with a huge freestanding Corinthian portico, the only one of its kind in the city. The portico with an elegant Greek-temple façade was designed by Andrea Tirali but it is based on Scamozzi’s idea. The impressive church is quite a sight to behold when it comes into view in the urban density around it. The church was famously bombed in 1849 and the ball that destroyed the dome is now engraved on the façade. The interior is finely decorated in Baroque grandeur and its highlight is the main altar designed by Longhena. The church also serves as the resting place of Doge Francesco Morosini.

Scamozzi’s foray into the residential architecture of Venice was his expansion of Ca’ Vendramin Calergi on the Grand Canal. The palazzo was designed in the late 15th century by Mauro Codussi and the beauty and balance of the building’s façade are legendary. Scamozzi expanded the building with a large “White Wing”, which included windows overlooking a garden courtyard. As Palladio’s successor, Scamozzi remains overshadowed by his teacher. His ultimate virtue was his reputation for being eminently practical: he really paid attention to topography and orientation before planning a building, willing to offer not abstract examples, but precise solutions for actual situations.