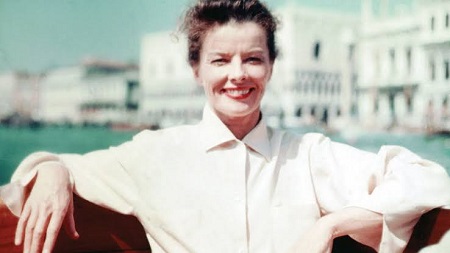 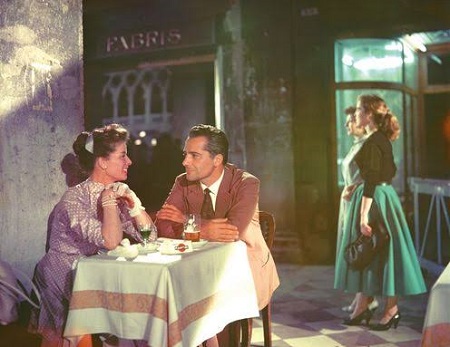 Like a Canaletto view painting, David Lean’s Summertime (1955) is an ode to Venice of a time gone by. Starring Katharine Hepburn and Rossano Brazzi, the film presents a holiday romance between an American tourist and a Venetian shopkeeper. Filmed on location, it elevates Venice to a character in its own right, one that’s filled with sparse tourists and real Venetians, not tacky souvenirs or selfie sticks. It’ll take you back to when travel didn’t wreck the planet or ruin life for locals.

Hepburn is a 40-something secretary from Ohio who’s saved up for a trip to Venice, which was still an adventure of a lifetime in the 1950s. Brazzi is a suave Venetian looking to unleash his Italian charm. He takes her places but they hit a snag when it turns out he’s married. Simple enough, these themes would reappear in countless lesser Venice films but here it’s Lean’s sweeping direction and Hepburn’s mix of solitude and Venice-induced euphoria that make Summertime a classic.

Earlier, Venetian landmarks would have been built on a set in Hollywood and the director would have zoomed in on the actors. In Summertime, shooting Venice in Venice has opened up new possibilities in directing and cinematography. This authenticity, pioneered by Roman Holiday with Audrey Hepburn and Gregory Peck in 1953, is already a fixture in mainstream filmmaking in Summertime of 1955. Venice gives the film a documentary atmosphere and an extra character.

In the 1950s, Europe was still an inexpensive place to travel and Venice was virgin tourist territory with only a few ominous signs of things to come. In Summertime, tourists still mingle with locals in the canalside cafés and there are no stampedes around the main sights. When Hepburn gets off her train in Venice, however, she is accosted by tourist touts and her compulsive filming causes her to fall into a canal. She herself is, of course, a female solo traveller – a budding prototype.

For all its novelty, Summertime really gets it all. From the moment she steps off the train, Hepburn is in a trance. Venice takes over and it’s like nothing she’s seen before: churches, bridges and pigeons, with ample people-watching and boat traffic to boot. As Lean’s camera follows her through the city, Hepburn looks as though she’s rediscovered life. With its transformative power, Venice becomes a vehicle for escape from her mundane life back at home – as much as our own.