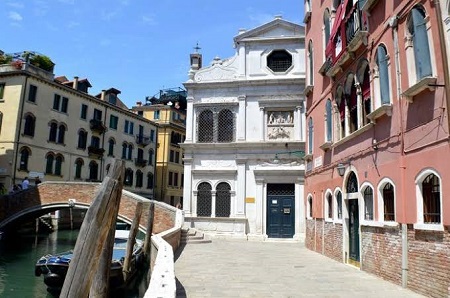 Making up a chunk of the Venetian Republic for most of its existence, Dalmatia was the source of much of the timber that reinforced Venice’s foundations. The eastern Adriatic was also a source of Venice’s immigrants. Schiavoni, or Slavs, came from the ports in present-day Croatia. In Venice, they settled in Castello around the Arsenale, where they built their own confraternity with dozens of places that are named after them, above all, the Riva degli Schiavoni – the Champs-Élysées of Venice.

The immigrants from Dalmatia engaged in a wide range of activities in Venice, especially those linked to the sea, serving as sailors and ship-builders in the Arsenale. Many were unskilled and rowed in the galleys. Together with the Albanians, the Dalmatians played a crucial role in Venetian military campaigns on the terraferma and throughout the stato da mar as stratioti, mounted light cavalry troops, leading the Senate to note in 1524 that they were key to the Venetian power.

After 1420 when the Venetian rule in Dalmatia was formalised, it wasn’t uncommon for Dalmatian merchants who got rich from Venice’s trade in the Adriatic ports of Split or Dubrovnik to move to Venice itself where they built opulent homes. This upward mobility also ensured that Dalmatians made their contribution to the Venetian art scene, of which Zadar-born Venetian Renaissance painter Andrija Medulić, better known in Venice as Andrea Schiavone, is an example.

This growing clout opened the way in 1451 for the Scuola di San Giorgio degli Schiavoni, a scuola piccola or confraternity for the Dalmatians resident in Venice. The institution allowed the wealthy Dalmatians to support their poor compatriots who may have provided military service to Venice but, as foreigners, weren’t eligible for state help. In the early 1500s, it hired Vittore Carpaccio to paint a superb cycle narrating the stories of its patron saints Jerome, George and Tryphon.

By far the most visible legacy of the Dalmatian community in Venice is the city’s grand promenade along the waterfront facing the St Mark’s Basin. Hopelessly overcrowded and a symbol of the over-touristed Venice, the promenade has some of the most commanding views in Venice of the Lido and the island of San Giorgio Maggiore. It was built in the 9th century from dredged-up silt and named for the Dalmatians who brought cargo to Venice from across the Adriatic to unload it here.