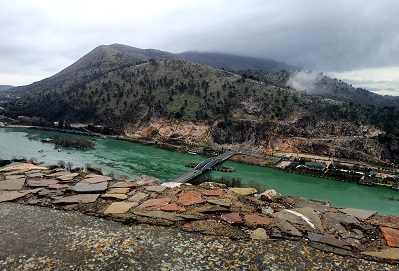 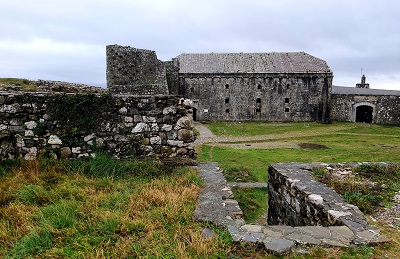 Unlike in modern-day Montenegro and Croatia, few traces of the historic Venetian presence remain in Albania. This is despite the fact that there once was Venetian Albania – a collective name for the possessions of the Republic of Venice that existed from 1396 to 1797. It was a coastal strip that never stretched more than 20 kilometres inland but as part of Venice’s defence fortifications along the eastern Adriatic coast, it served to protect the Venetian ports and sea routes in the area.

By the early 15th century, Venice had formalised its control over the eastern Adriatic coast but in Venetian Albania this also marked the beginning of friction with the expanding Ottoman Empire. During the Albanian Revolt of 1432-1436 against the Ottomans, the Albanians offered to submit to Venice and cede more territory to it if Venice would side with them during the revolt. Venice, however, sided with the Ottomans to prevent a larger conflict directed against its commerce.

It didn’t take long before the tables have turned and Venice and the Ottomans would be at war from 1463. The Ottoman expansion centred on the city of Shkodër – the capital of Venetian Albania. Four sieges of the city ensued, all centred on the Rozafa Fortress and the last led by Sultan Mehmet II. With the fall of the city to the Ottomans in early 1479, Venice lost most of Albania and Venetian Albania moved northwards to the Bay of Kotor in Montenegro until the fall of Venice in 1797.

The magnificent Rozafa Fortress, rising above the Buna and Drin Rivers and the Lake Shkodër, was the focal point of the siege. Its Venetian reinforcements and rain water cisterns helped the vastly outnumbered garrison to withstand ground attacks by the Ottomans for over a decade. A small museum inside the fortress documents the Venetian connection to the area as does the historic centre of Shkodër whose Catholic community in Muslim-majority Albania is Venice’s true legacy.

Further down along the Adriatic coast lies Albania’s port city of Durrës. Since antiquity when it marked the arrival point from the Roman Via Egnatia, the port was an essential stop for all naval traffic in the Adriatic and the source of goods destined for Venice, such as timber and bitumen for the Arsenale. The medieval walled city of Durrës was reinforced by the Venetians with several guard towers, including the picturesque Venetian Tower. The city was lost to the Ottomans in 1501.