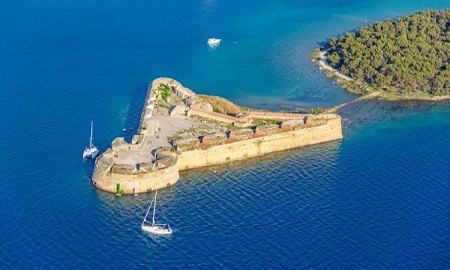 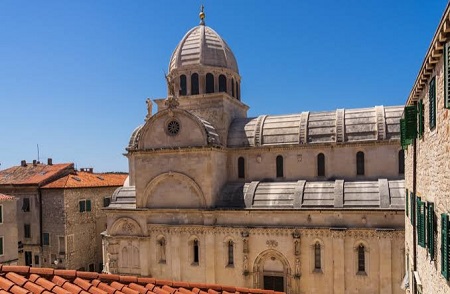 The conquest of Dalmatian coast marked Venice’s first true overseas adventure and the springboard for its maritime empire. From the 11th century, the doges of Venice would also be the dukes of Dalmatia and the special relationship between Venice and Dalmatia meant that the eastern Adriatic coast shared the experience of the Venetian Renaissance more than other parts of the empire. Unlike other colonies, Dalmatia remained Venetian until the fall of Venice in 1797.

It all started with Doge Pietro II Orseolo‘s push for the control of the Adriatic the late 10th century. The Venetian trade with Byzantium had just received a boost from the tax exemption from the Byzantine emperor and Venice was keen to safeguard its eastern trade routes. The first possessions were acquired then by taking over the coast of the Kingdom of Croatia. In 1409, Venice took advantage of the Hungarian civil war to buy rights to Dalmatia from one of the warring factions.

Venetian Dalmatia was consolidated from 1420 onwards. Its seafaring community looked to Venice as mistress of the Adriatic and was ready to share in the prosperity brought in by Venetian trade. The Croats who inhabited Dalmatia were also Catholic and thus more likely to side with Venice than with the Orthodox Serbs or the Muslim Ottomans. Venetian Dalmatia would continue to expand even as Venice itself declined and it lasted until Venice’s conquest by Napoleon.

Venetian Dalmatia’s ability to withstand the Ottoman pressure from the mainland stems from its unique defensive system. Built in the 16th and 17th centuries in response to the use of gunpowder in offensive warfare, the walls of Zadar and Šibenik’s St Nikola Fort signalled the shift from square towers and high walls towards pentagonal bastions, low walls and moats. This system preserved Venice’s power in Dalmatia and was imitated in defensive architecture throughout Europe.

Venice’s main legacy in Dalmatia, however, is the scenic architecture that graces its coastal towns. The dense network of narrow streets in towns like Split or Trogir, the tall houses with pointed doorways and grated windows, and the Palladian church architecture are all quintessentially Venetian. Like in Venice itself, Venice’s architectural heritage in Dalmatia is entirely urban and confined to its maritime cities because the sea was the true engine behind both of these civilisations.