Venice and the Fascists: Heel-clicking in Piazza San Marco 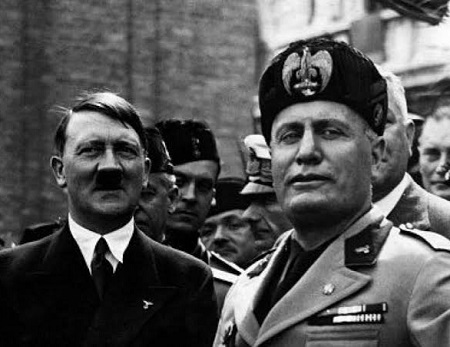 Venice and the Fascists: Heel-clicking in Piazza San Marco

Between 1922 and 1945, Italy was ruled by Fascists under the leadership of Benito Mussolini. Il Duce did so in the spirit of Italian nationalism and the desire to expand Italian territories. This was necessary to assert Italy’s superiority and to prevent it from succumbing to decay. Modern Italy was seen as the heir to ancient Rome and, to continue its legacy, an imperial Italy was the answer. The Fascist regime was controlling and intrusive, aiming to reshape Italians’ everyday lives.

Venice assumed a peculiar role in Fascist Italy – as the principal link between ancient Rome and Fascist modernity. The city was a natural heir to Rome, founded just as Rome fell, expanding Italy’s legacy in the eastern Mediterranean with its own maritime empire and thus sustaining the link with the country’s glorious past. Venice was also peculiar as a tourist city, perhaps the world’s first, where Fascism expressed itself as a spectacle not only to its inhabitants but also to a global audience.

Fascists were keen to exploit the myth of Venice together with that of imperial Rome. During the Renaissance, the doges fashioned Venice’s image and institutions as part of the most serene government in Europe. Now Fascists who also pioneered mass leisure activities, such as cultural festivals and seaside holidays, would do the same. Venice would become the scene of extravagant water spectacles, filled with lights and music, that were popular with Venetians and visitors.

Fascists were also quick to incorporate various symbols of progress and modernity. Mussolini’s motorway construction programme would appeal to anyone passionate about technology, and since Venice couldn’t exactly have a motorway, it got a new railway station. Its translagoon railway bridge was completed as early as 1846 but Venice’s Grand Canal-facing Santa Lucia train station is a marvel of Fascist-era architecture. Its simple aesthetics convey a sense of awe through its sheer size.

Given its Fascist propaganda value, Venice was also where the first meeting of Mussolini and Adolf Hitler took place in June 1934. Still new to dictatorship, Hitler wore a suit next to Mussolini’s uniform. The meeting is known mostly for the dictators’ disagreement over the fate of Austria which Hitler wished to annex and Mussolini preferred to stay independent, but the Venetian public got to see plenty of heel-clicking and stiff-armed salutes during a military parade in St Mark’s Square.