Venice as a character in Visconti’s film classic 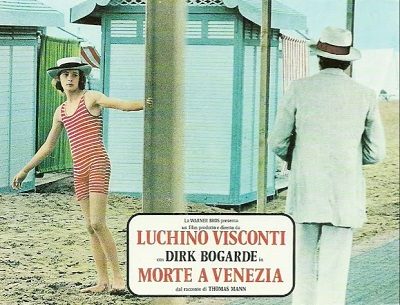 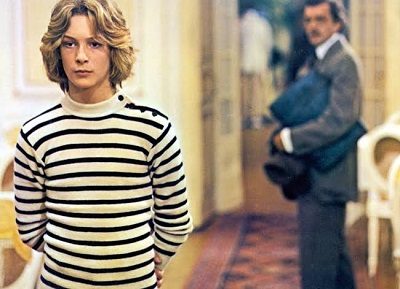 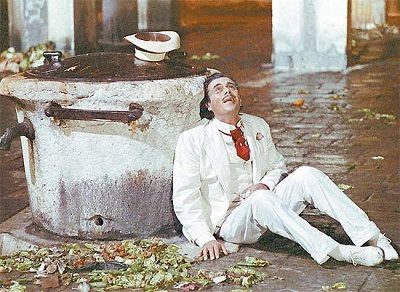 Venice as a character in Visconti’s film classic

There are films in which the urban setting is the principal narrative element and changing it would make the storyline completely different if not meaningless. One of the most cinematic cities on the planet, Venice has not only been the backdrop for countless films through the decades but a fully-fledged protagonist. In some cases, cinematic visions of the floating city have also revealed its darker side. Luchino Visconti’s (1971) film adaptation of Thomas Mann’s (1912) novella Death in Venice is not set in the city of travelguides with its reputation for beauty and romance, but a cold, grey and hostile place that indulges in voyeuristic obsession and conveys the feeling of decay.

On the face of it, this cinematic masterpiece is a meditation on the nature of art, the allure of beauty, and the inescapability of death. But its slow pursuit of a young boy’s beauty unfolds in the midst of physical decay of an old man from ill-health, underscored by the city in decay and stricken with disease. Beauty, under these circumstances, degenerates into the grotesque. Degeneration and decay and the possibility of encountering beauty in its purity are thus the main themes of the film. Venice provides a rich setting for the film’s lush, scenic photography. Still, the city is also a depiction of a dying old man’s Lolita-esque sexual guilt trip.

In Mann’s novella, the old man Aschenbach is a novelist but in Visconti’s film he becomes a composer, presumably inspired by Gustav Mahler whose music provides much of the soundtrack. Otherwise the film follows its source: Aschenbach has come to Venice to recover from personal and artistic stresses. Instead of resting, he is overtaken by an unrequited passion for a young Polish boy Tadzio. He remains in Venice despite warnings of a cholera epidemic. In the finale, his face smeared with grotesque makeup, Aschenbach is watching Tadzio get beaten up by an older boy on the beach at Venice Lido before he himself is carried off in a Wagnerian Liebestod.

In all this, Venice is a haunting presence. When Aschenbach first sees Tadzio, it is during dinnertime commotion at the Grand Hotel des Bains in Lido. The boy’s serene beauty shines through the chatter of noisy tourists, much like Venice’s beauty does through the periodic invasions of visitors. During Aschenbach’s increasingly frantic walkabouts in the city, Venice amplifies the intensity of his feelings, but also provides a setting which facilitates the contemplation of beauty. When he finally touches Tadzio’s hair and his hand shakes, this looks like a tourist’s desire to touch displays at a Venice museum while knowing that it is forbidden.

In addition to the visuals of Venice, Visconti, who was also a highly regarded director of opera, turns to music to fill the role of the narrator. The Adagietto from Mahler’s Symphony No. 5 permeates the film. Visconti uses it to accompany, enhance and comment on the action on the screen. In a film that is notably short on the spoken word, Mahler’s music gives the viewer insight into the mental state of Aschenbach at every turn: whenever the Adagietto is brooding, so is he and whenever it becomes agitated, so does he. Visconti’s combination of music and camera work ultimately tell the viewer more than words could convey – about beauty, obsession, decay – and Venice itself.