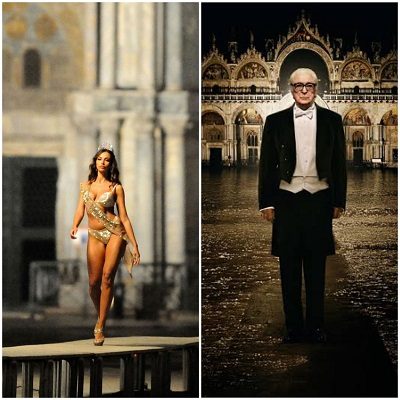 Paolo Sorrentino, Italian auteur filmmaker, has been alternatively accused of aping Fellini and taking Fellini’s cinematic message apart in the manner of textbook postmodernism. With the help of his usual collaborators, chief of them cinematographer Luca Bigazzi, Sorrentino pays regular homage to Italy’s grand cinematic past while providing incisive depictions of male characters with a melancholic sense of their own imminent demise and female characters who simultaneously conform to and challenge the conventional representation of women in cinema. Sorrentino’s 2015 film, Youth or La giovinezza, depending on language preferences, is no different.

It is a transnational work that comes in two language versions – English and Italian – with a cast that includes Michael Caine, Harvey Keitel, Rachel Weisz and Jane Fonda. In it, Sorrentino unveils a comedy of manners but also ventures deeper into the anxieties of life and the fear of death. Caine’s and Keitel’s characters are a pair of old friends who, during a spa break in Switzerland, reflect on their lives, torn between old age and youth, the past and the future, and life and death. One reminder of their mortality comes as they lech over the recent Miss Universe winner, played by Romanian model Mădălina Ghenea, who likes to get naked in the hot tub while they sit in it.

Ghenea’s Miss Universe later appears in Caine’s character’s dream, strutting along an elevated walkway in Venice’s Piazza San Marco which is being flooded with rising acqua alta. Appropriately, in what may well be one of the most iconic scenes in the history of cinema, Venice itself appears in a dream since at the best of times, the floating city is really a mirage – you’re never quite sure if it exists even as you stand in the middle of it and try to take it in. Ghenea’s Miss Universe, oozing raw sex appeal, squeezes past Caine’s character on the narrow walkway, rubbing her breasts against his chest. The rising acqua alta then engulfs the male character, and with him the whole square.

Sorrentino’s sweeping camera movements freeze in a composition that is both static and explosive. The square which Napoleon famously called ‘the drawing room of Europe’ is just that: laid out in its full glory, rarely empty and flooded with night lights as much as sea water from the rising acqua alta. The fragility of the human condition intercepts the fragility of the lagoon city as the two characters on set capture Sorrentino’s eternal leitmotif: a man with a melancholic sense of his own imminent demise and a woman who simultaneously conforms to and challenges the conventional representation of women in cinema. This is a tour de force, for Sorrentino and Venice itself.