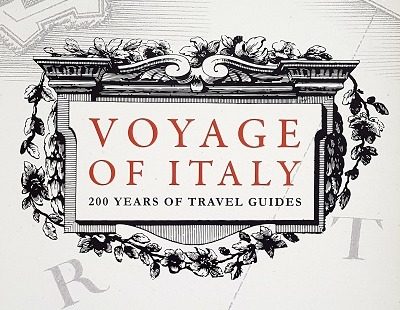 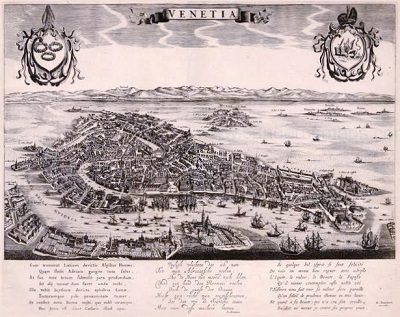 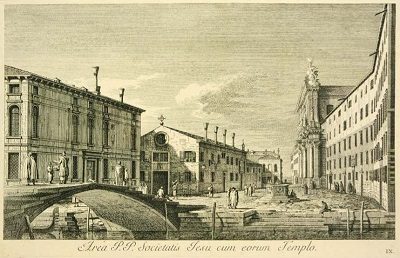 What can long-dead writers teach you about travelling to Venice? A great deal, I would say, as The Voyage of Italy: 200 Years of Travel Guides, a temporary exhibition at the National Gallery of Ireland in Dublin, has taught me. The exhibition’s focus is on Italy as a whole, rather than on Venice specifically, but the importance of the city on the itinerary of Grand Tourists of the 17th and 18th centuries is borne out by the disproportionate amount of travelguide writers’ attention given to it.

It must be pointed out that the books on display are guidebooks describing Italy – its towns, cities, regions, art and antiquities – not travelogues where storytellers from the distant past, such as Marco Polo or Charles Dickens, put up good-naturedly with the discomforts of travel through Italy in an era before organised tours and pre-booked accommodation. These guidebooks were primarily informational and educational and, as such, were consulted by scholars of antiquities or young aristocrats on the Grand Tour.

Antique travelguides are not only highly collectable today but also serve as indispensable research resources. First, they give great insight on the changing streetscapes of significant towns and cities. In the case of Venice, which has remained eerily unchanged through the centuries, this is slightly unnerving. And second, these guidebooks also detail the changing priorities and tastes in their descriptions of admired architecture and works of art held in prominent collections of the time.

Venice literally shines through the yellowed pages of these rare antique travelguides. The tone their writers tend to adopt when they describe Venetian art and architecture and the mere fact that this is a city built on water isn’t unlike that once deployed by Marco Polo who was the first to present the wonders of China to Westerners. Many of the etchings that illustrate the texts are print versions of Canaletto’s vedute esatte and, as such, will be familiar to the lovers of Venice.

The exhibition in Dublin presents rare Italian travel guidebooks, dating from the 17th and 18th centuries, from the collection of Sir Denis Mahon, British historian of Italian art, who in 2010 gifted his archive to the National Gallery of Ireland. Mahon is considered to be one of the few art collectors who was also a respected scholar. He is now credited with reversing the aversion of English-speaking audiences to Italian Renaissance and Baroque painters that had prevailed from the time of John Ruskin.

Before my visit to the Dublin exhibition, my own foray into the realm of old travelguides was limited to Giulio Lorenzetti’s Venice and its Lagoon. It remains my personal favourite among all the guidebooks of Venice I have used for reference over the years. Originally published in 1926, it has never gone out of print. It is an extremely detailed reference book whose grainy photos are from another era, more appreciable for their vintage quality than their visual representation of Venice.