Vivaldi’s footsteps in Venice are elusive as his music 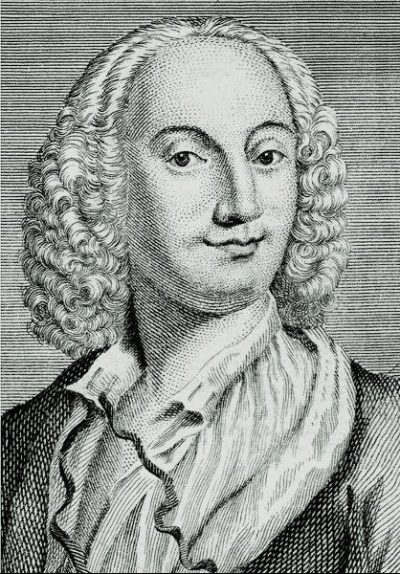 Vivaldi’s footsteps in Venice are elusive as his music

For all the talk of decadence and decline, Venice in the 18th century, though no longer the imperial power it had once been, remained a formidable cultural force. Music played a vital part in its love of public spectacles and the city continued to be the epicentre of European musical life. Its symbol during Venice’s last century as an independent republic is Antonio Vivaldi – the composer whose works marked a turning point in the development of the concerto and were decisive in shaping the classical symphony.

Vivaldi’s first reputation was that of virtuoso violinist who reportedly performed at incredible speed. His total mastery of the instrument would even undermine his standing as a serious composer. In any case, his output was phenomenal: some 500 concertos, including Le quattro stagioni, The Four Seasons, a set of four concertos and one of the finest example of programme music, 90 sonatas and at least 50 operas. Vivaldi’s legacy is linked to Venice where his footsteps can be retraced, if you look hard enough.

Vivaldi was born in Venice where he lived and worked most of his life, mostly in Castello, the easternmost sestiere or district that is still least frequented by visitors. A walk through this neighbourhood in search of places associated with the composer is, despite the lack of certainty about his life and many known places that no longer exist, a great experience. It’s much like Vivaldi’s Baroque music whose joyful – or sometimes sorrowful – melodies bounce all over the place as you struggle to put your finger on it.

This he did at the Ospedale della Pietà, a home for orphaned girls, for whose music ensemble Vivaldi wrote many of his compositions. However, the church of Santa Maria della Pietà overlooking the Riva degli Schiavoni where Vivaldi fans now flock en masse isn’t the one known by him because it was rebuilt in neoclassical style by Massari in the 1740s. The composer also worked as a manager in the Sant’Angelo Theatre where he wrote his most famous works. The theatre was later destroyed and replaced by a hotel.

Having squandered the wealth he accumulated with his success, Vivaldi left Venice in the 1730s never to return. He died a poor and forgotten man in Vienna in 1741 where he was on an unexplained journey, possibly in search of work. Much like Mozart after him, he was buried in a pauper’s grave, the exact site of which is unknown. Towards the end of his life, Vivaldi’s music had gone out of fashion in Venice where only his mystique as the red-haired priest, il prete rosso, remained. Not enough to get by on.